"Edie often thought that if she had been born several centuries earlier she would have been a witch. But she is born at the age of the television, so she had no other choice than becoming a rock star. Everything was a simple question of period. Of period and of context."

Legendary underground Gothic rockstar, Edie denied her origins by giving into the sirens of the glory. That is at least what some fans from the early days thought about her. They did not tolerate the multiple nominations to Les Victoires de la Musique Awards. Edie was almost inclined to think the same thing too until the day an admirer gave her a book of spell that was going to open up unexpected perspectives to her. At the end of a great concert in Dole, she mysteriously vanished away, leaving an audience going wild and under a supernatural, malevolent force. The morning after, the audience forgot what happened during that strange night... 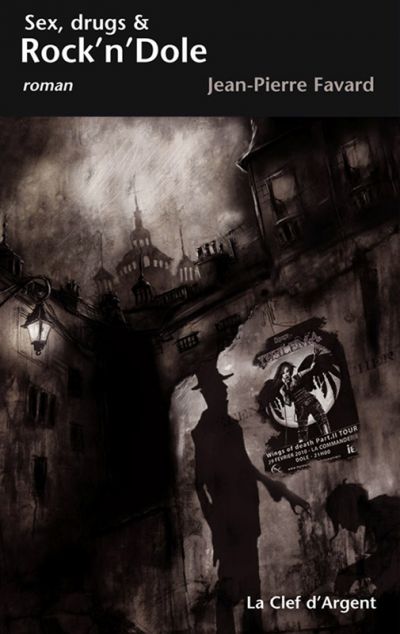 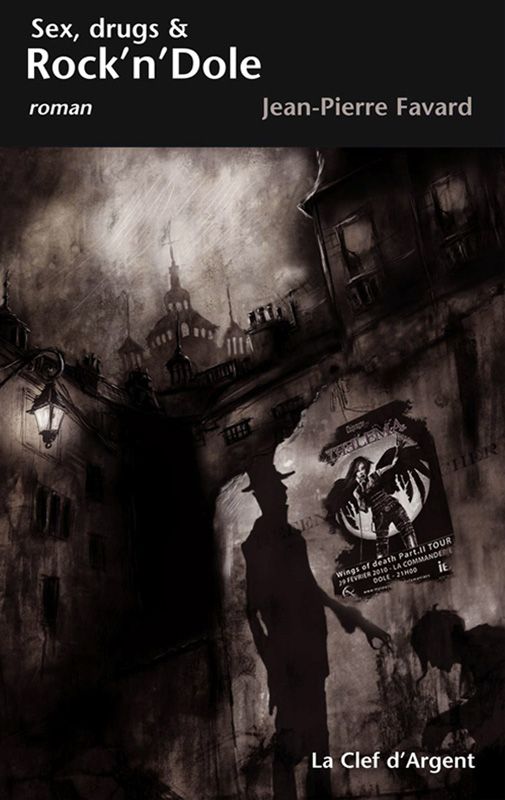 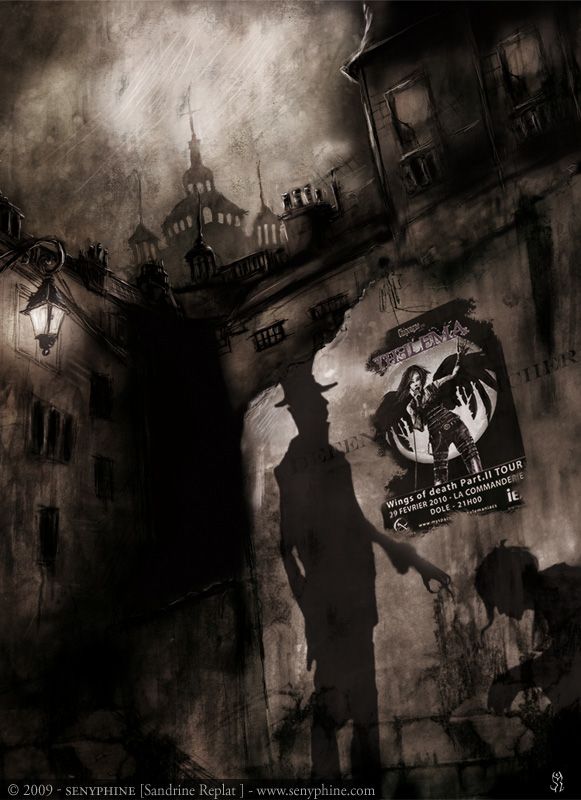 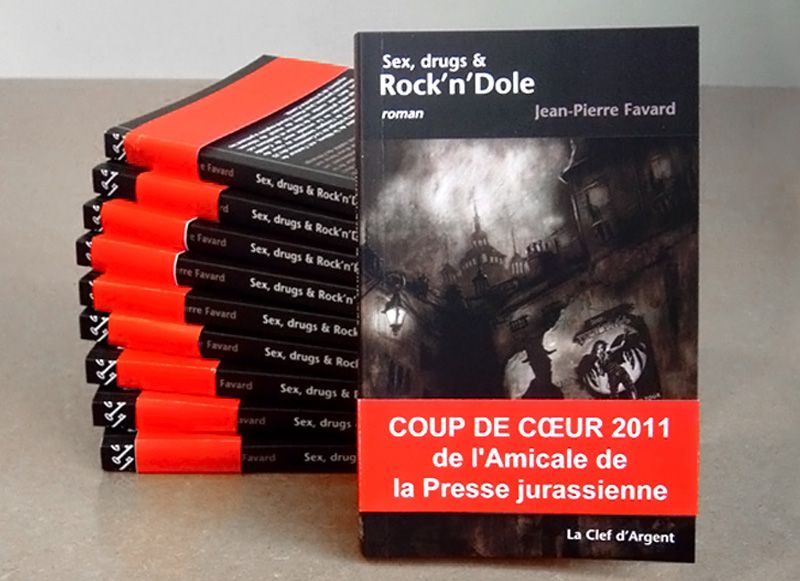 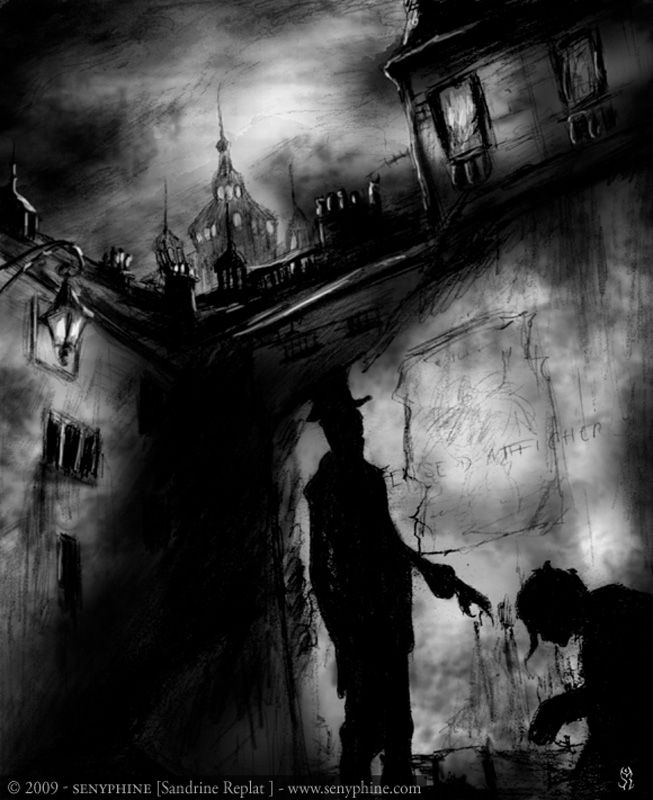 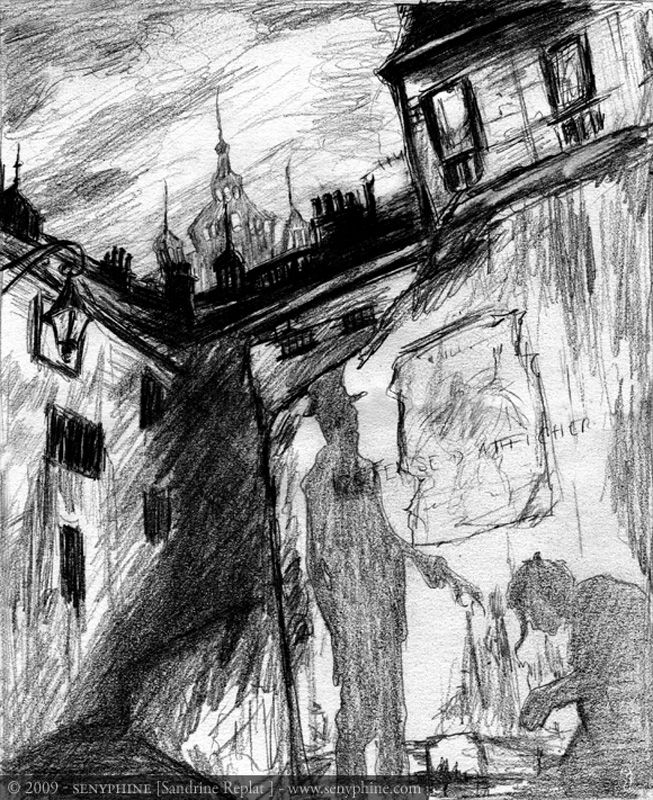 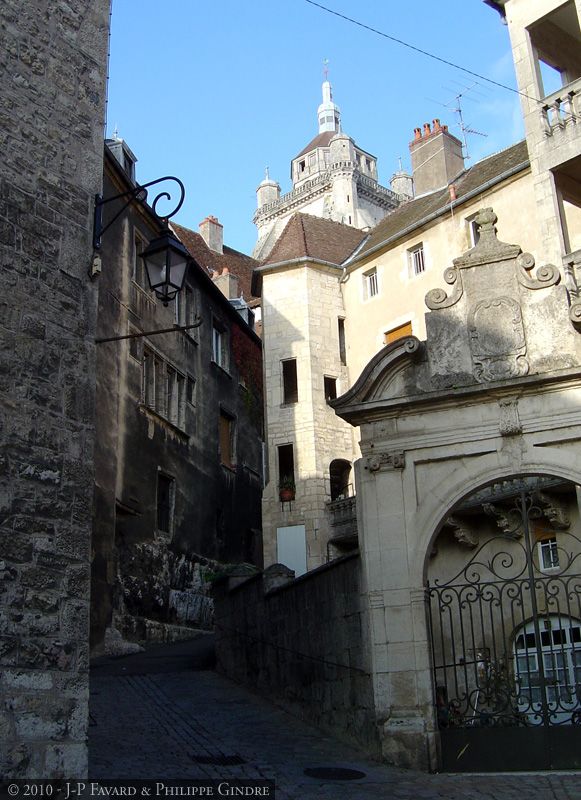 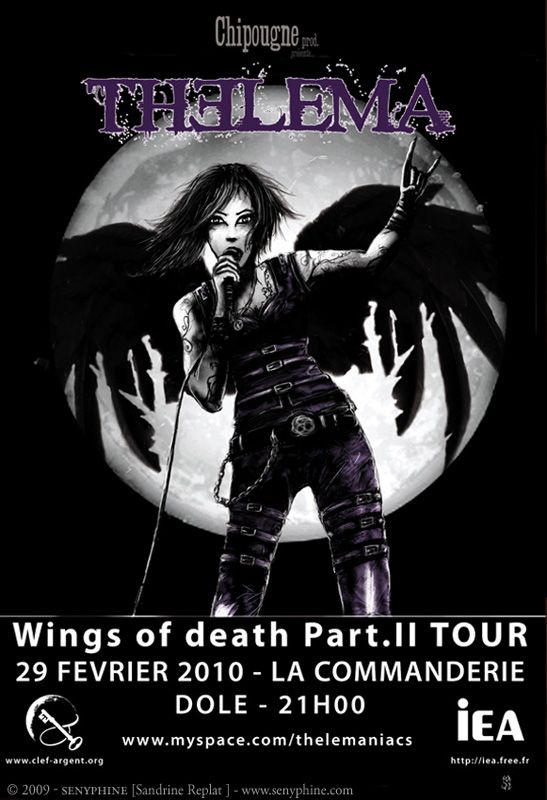 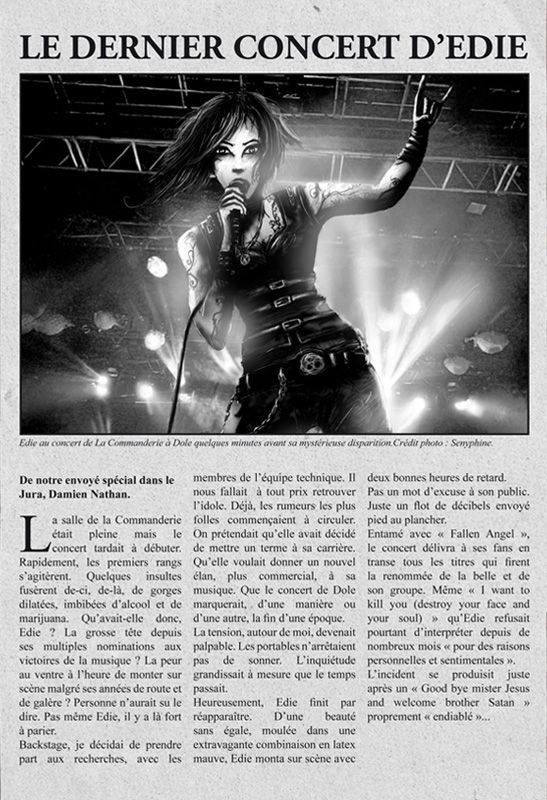 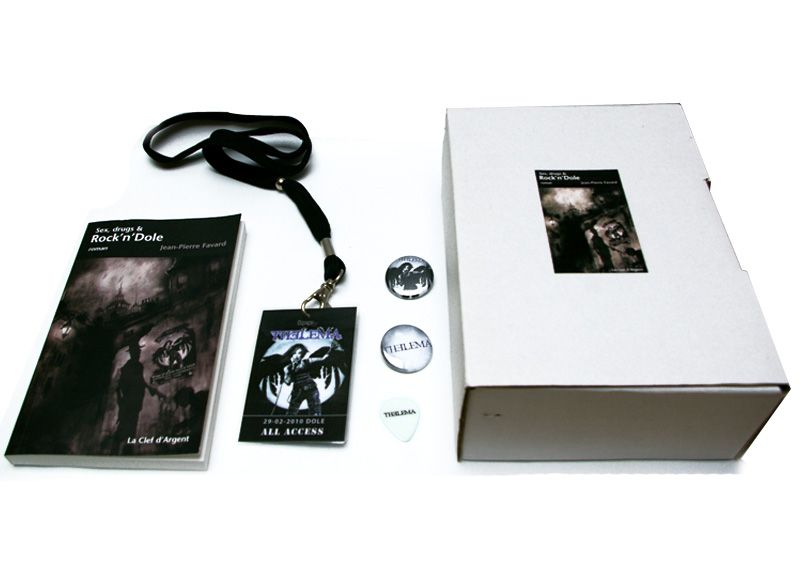